Spring 2022 week 7, "Driving the Climate Crisis: To Buy or Not to Buy, That is the Question

Focus talk: Barbara Villandry.  Click here to listen.
Barbara Villandry’s Bio
Barbara began her professional life in Boston working at the Shawmut Bank in lockbox operations, processing New England Telephone payments. She worked her way up through the ranks to Assistant Manager. Shawmut awarded Barbara a scholarship to Simmons College to attend a specially designed undergraduate management program designed by the National Association of Banking Women. She continued at Simmons, earning her Master’s degree in Communication Management. She ended her Shawmut career working in Human Resources, where she was responsible for employee communications and activities, including creating the corporation’s first service award program.
Barbara’s career path moved into academia when she became Assistant Director of her graduate program at Simmons College. From there, she became the Chair of the Communication Programs at Hesser College in Manchester, NH, where she developed and managed a program in radio and television broadcasting, and a program in public relations. Barbara was active in the New England Pub Club, where she was V.P. of the Bell Ringers Awards. She is enjoying retirement’s freedom to follow her interests, including gardening.

To Buy or Not to Buy, That is the Question
I’m here to tell you that just like children can inherit their mother’s DNA, they can also inherit their buying habits. My maternal grandparents owned a jewelry store on Main Street. This was before the advent of malls when the town all shopped on one downtown thoroughfare. My mom and Aunt Eleanor both worked in their father’s jewelry store. On their lunch break, they walked up the street to see what other stores were featuring in their windows and showrooms. They were excellent consumers, and knew everyone who worked in these shops.
“The Store” as it was referred to, was the focus of much of our family’s life. I was allowed in the front of the store only if I was properly dressed. When I came from the skating rink dressed in tights and a skating skirt, I had to stay in the back of the store where customers couldn’t see me. When the store kicked off the Christmas season with an evening “Open House,” I was there dressed to the nines, and on my best behavior.
As a little girl, I always loved to spend time in my mom’s closet admiring her fancy dresses and jewelry. I never dared to dress up in any of her clothes, but I did try on her jewelry many times. When I was at my grandparent’s house, I looked through fashion magazines and all kinds of catalogs. My grandmother’s mobility was limited, so she did some of her shopping via catalogs. I loved cutting out the jewelry I liked from the old catalogs. I loved playing with paper dolls that had different outfits I could alternate placing on the dolls. All of this was grooming me to care about style, and eventually to develop overpacked closets just like those of every other woman in my family. I thought that was what all young women did.
When I was eleven, my dad died just before Christmas. My Jewish family celebrated Christmas, instead of Hanukah, and that Christmas was one of total excess. I don’t come from a family where we talked about feelings. My mom and aunt saw their mother go through two nervous breakdowns. The result of that was my mother never wanted to deal with anything that was emotional. My grandmother was a big gift giver, and my mom developed this into a fine art. It was the only way she could show love.
When I was 19, I was hired for my first job which was working for AT&T as a toll operater placing calls on one of those huge boards you’ve seen in old movies. I bought five identical wool knit sheaths with matching cardigans in different colors and of course, matching jewelry. I knew they were a solid beginning of a professional wardrobe. When I packed to go to school in Boston to train as a court reporter, those outfits came with me. The school didn’t have dorms, but they recommended that I live at the Franklin Square House in Roxbury. When I arrived, they put me in this long, tiny room which just about had room for a bed and the clothes I had shipped from Montana. Did I mention that they also had a 9:30 curfew? Within three days, I moved to the newly built YMCA on Berkeley Street that was walking distance to the school, and did I mention, they didn’t have a curfew?
Within a few months of arriving in Boston, I went to work for Shawmut Bank and started shopping at Filene’s. I bought a couple of suits that I love to this day even though they have long ago exited my closet. I can remember how I felt when I first saw them on the rack. It was love at first site. Every week, I checked out both Filene’s and Macy’s just like my mom and aunt had checked the merchandise in the stores on our Main Street back home. And just like I had seen my family do, when someone had a birthday or for Christmas, I did some serious shopping for what I hoped would be the perfect gifts, and then mailed them back to Montana.
A few months after arriving in Boston, mom came out to visit. She took a quick look at Boston, and very quickly put us on a train headed to her favorite place, Manhattan. We stayed a couple of blocks up from Broadway near The Stage Deli. In eight days, we saw eleven plays, visited all the major department stores, back when there were a lot of them, and occasionally found time to eat. Mom bought me a gorgeous Gucci print turban hat at Saks,’ which I never had the occasion to wear, and stayed in my closet way too long. Having said that, I never forgot the experience we had together. It was my first trip to Sak’s Fifth Avenue which was an experience in itself. I remember how happy mom was shopping in that store on Fifth Avenue. Everything about being there at that moment was special.
This trip marked the beginning of my connection with my mother that was based on our shopping together. Prior to this, we hadn’t had much of what you would call a relationship. Over the years, there were more trips to Manhattan where we saw lots of plays and shopped. When I would come home to Montana, I would go home with lots more clothes than I came with because we covered every foot of every store in town. We were developing our own ritual. My husband who is good at electronics and building would always end our visits by telling mom to develop a list of what she wanted him to do the next time we came. Often that included major purchases like a tv or washing machine. He developed his own ritual with mom surrounding buying things. She was happy, he was happy, we were happy! 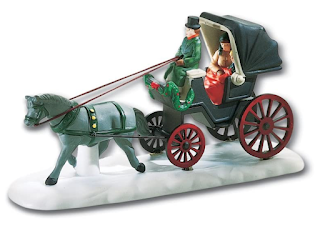 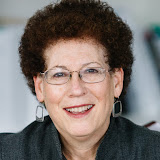 Lizabeth Cohen is the Howard Mumford Jones Professor of American Studies and a Harvard University Distinguished Service Professor in the Department of History at Harvard. From 2011-18 she was the dean of the Radcliffe Institute for Advanced Study. In addition to Saving America’s Cities: Ed Logue and the Struggle to Renew Urban America in the Suburban Age, which won the 2020 Bancroft Prize in American History, previous books include Making a New Deal: Industrial Workers in Chicago, 1919-1939, also winner of the Bancroft Prize and a finalist for the Pulitzer, and A Consumers’ Republic: The Politics of Mass Consumption in Postwar America. She is also co-author with David Kennedy and Margaret O’Mara of a widely used college and advanced placement United States history textbook, The American Pageant. Her writings have appeared as well in many edited volumes, academic journals, and popular venues, including The Atlantic, New York Times, the Washington Post, and the American Prospect.

Among many awards and honors, Cohen has been a fellow of the Guggenheim Foundation, the National Endowment for the Humanities, the American Council of Learned Societies, and the Radcliffe Institute for Advanced Study. She is an elected member of the American Academy of Arts and Sciences. She was the Harold Vyvyan Harmsworth Professor of American History at Oxford during 2007-8 and she is a former president of the Urban History Association. Before joining the Harvard faculty, Cohen served in the history departments at Carnegie Mellon University and New York University. Cohen received her Ph.D. from the University of California Berkeley and her A.B. from Princeton University. She lives in the Boston area and in Truro, Massachusetts with her husband, historian Herrick Chapman, with whom she has two grown daughters. Her community activities include serving on the boards of the American Repertory Theater (Advisory Board), the Payomet Center for the Performing Arts (Board of Trustees, Truro), and WBUR (Community Advisory Board).