Where's the Hope?: Innovation in Education 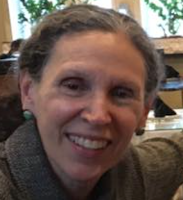 
My journey as a teacher began in 1978, when I was a reading tutor in a public school in Hartford, Ct. All of my students came from one of the poorest housing projects in an economically challenged city. Two years later I moved to Maynard MA. From then until my retirement in 2009, I worked in the field of special education within public middle and high schools in high socio-economic status communities. Since retirement I have been a long-term substitute teacher, and an ESL tutor in Lowell. I also taught two summer sessions of the reading program at the Boston Arts Academy, remediating reading skills with rising tenth and eleventh graders.

At the outset I would like to state my core beliefs. First, robust public education, while a challenging project, is essential to democracy. Strong teachers’ unions support, rather than harm, quality education. Teaching again has to be made viable as a profession and as an entrée into the middle class. Finally, I believe that the underlying inequities of our society have to be addressed. Generally speaking, poor students have less opportunity for a high quality education that those living in high SES communities. It has been over fifty years since the War on Poverty and Civil Rights Movement, and yet, according to a recent article in the Christian Science Monitor, “school segregation has become even worse in recent decades. A report by the US Government Accountability Office earlier this year found that the percentage of public schools with high concentrations of poor and black and Hispanic students has nearly doubled since 2000.”

In my view the two most significant and large-scale drivers of change in education over the last two decades have been the No Child Left Behind Act of 2001, and the voucher/charter school/corporate reform movements. NCLB demanded greater accountability via yearly tests of student achievement in the areas of reading and math as determined by each state. If the required improvements were not made each year, schools, were punished with decreased funding, and ultimately, by state takeover. Because absolute, not relative improvement was sought, schools were labeled as failing even if improvements in performance had been made. Having had students enter high school with minimal reading, writing, or math skills, I can say that I strongly believe in accountability around student learning. However, as a full participant during those years, my observation was that the testing regime contributed to increased anxiety for both teachers and students, impacted negatively the amount of time devoted to learning, and increased “teaching to the test”. On the other hand, I observed a principal-led initiative around writing responses to open-ended questions that was easily actionable, and which made a significant difference both in school culture and in the student performance of that school on the NAEP (National Assessment of Educational Progress), which is a yearly assessment given to a random group of students that predated NCLB. By 2015 so much criticism of No Child Left Behind had accumulated from across the political spectrum, that Congress took away the national features and replaced it with the Every Student Succeeds Act, passed in December 2015. ESSA limits the role of the federal government, but continues to require annual testing between third and eighth grades.

The second driver of change has been the voucher/charter school/corporate reform movement. While its history is very long and complex, it has roots both as a parent-led movement to increase options and successful educational experiences for their children, and as a libertarian free-market economy belief in a profit-based education system in which resources are controlled by private entities rather than locally-based and publicly elected school boards. Therein lies the problem! This cause has been taken up by the Koch Brothers and their related network as well as other billionaires, like the Walton family. Public schools and teachers are to them, examples of how regulation does not work. While we have many excellent charter schools in Massachusetts, we also have Question #2 on our November ballots. If approved, this would lift the cap on charter schools, and divert, over time, greater amounts of money from the public schools, as well as removing local decision- making from the school districts with regard to any new charters.  So, what else is wrong with this picture? More charters essentially leave the problem of inequity in access to quality education untouched. Charter schools can choose their students in a way that leaves out the neediest. In addition, national experience with charter schools indicate that without greater oversight and transparency, charters are vulnerable to corruption and fraud. Finally, the effectiveness of charters has not been demonstrated in a consistent manner.

So what has happened to educators as a result of these two large drivers of change? Working conditions have deteriorated, and it has become more difficult to not only recruit, but to hold on to excellent teacher candidates who might have entered the field. Schools and teachers have been told to do more with less AND score higher on tests. Teachers have been demonized; there has been a very active campaign to eliminate tenure and procedural safeguards for teachers in conflict with their administrators. In fact, there has been an active campaign to deprofessionalize teaching, placing inadequately trained people into classrooms. Emphasis has shifted from qualitative to quantitative evaluation systems, with punitive rather than collaborative consequences, akin to the punitive responses to insufficient growth on NCLB scores. Inadequate resources for the support of students with learning needs and mental health issues continue to be the norm rather than the exception. At the same time teachers have been confronted by increasingly complex students with learning needs, mental health issues, and language challenges in their classrooms. Corporate reformers are also pushing online monitoring of student performance and universal data collection, as well as personalized teaching via digital device – another way to eliminate teachers!

So where’s the hope in education? I see hope in a number of corners. As a special educator, I see hope in the growing research base on addressing dyslexia, specifically when and how. There is no need, if we choose to make resources available, for students to suffer through k-12 without knowing how to read. Similarly, I see growing improvements and sophistication in how to work with students on the autism spectrum, including how to transition such students to the worlds of work and higher education. I also see great hope in the Massachusetts initiative to create trauma-sensitive schools, which has the potential to impact a large number of students. Yet another source of hope for education includes such programs as CARE for teachers, or Cultivating Awareness and Resilience for Educators. It is a unique program “designed to help teachers reduce stress and enliven their teaching by promoting awareness, presence, compassion, reflection, and inspiration- the inner resources they need to help students flourish socially, emotionally, and academically”. Hope also lies in the many teacher-led initiatives to improve the quality of curriculum, pedagogy, and delivery of services, about which one rarely hears.

Ultimately, hope lies in an informed citizenry, committed teachers who are respected and well-paid, and in the students themselves, who are very much worth fighting for. 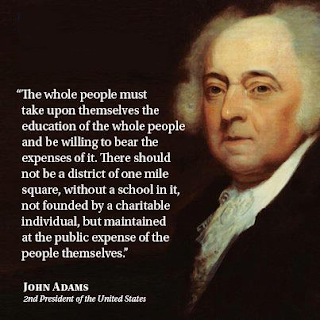